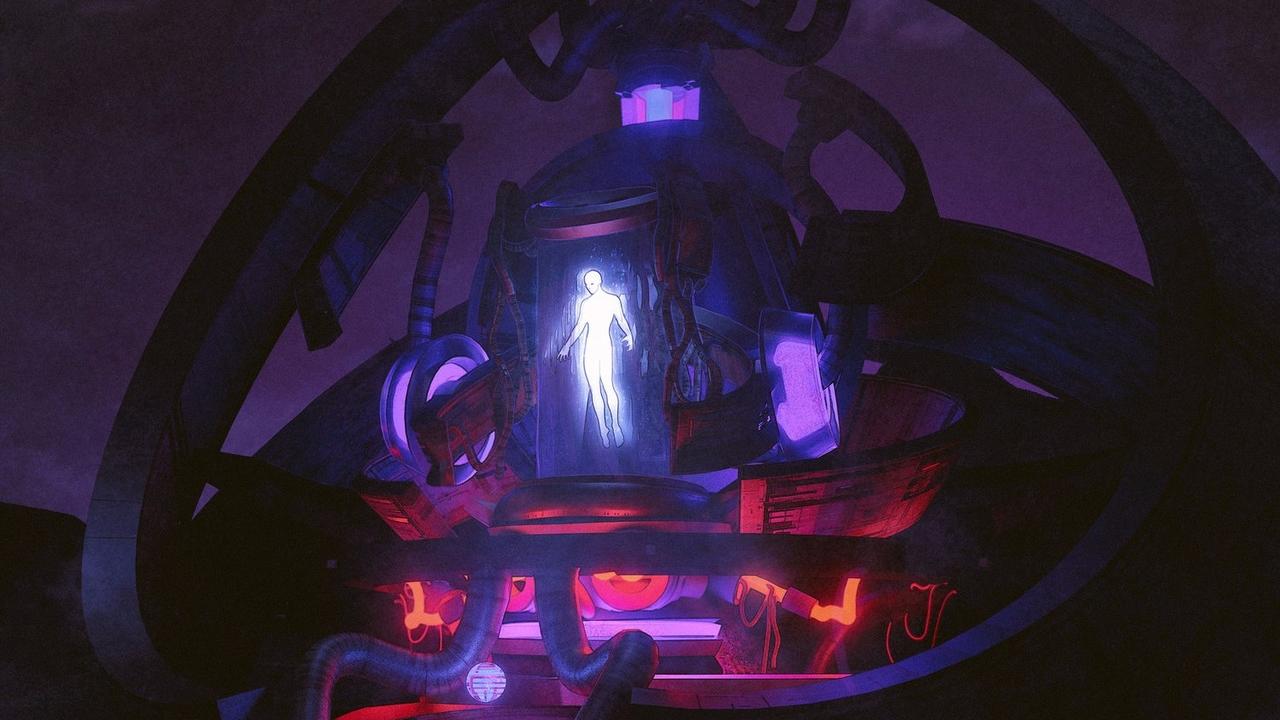 Oakland-based artist and concept designer Steve "Teeps" Teeple is spearheading VR as the most prolific tool in a designer's multiverse.

Recently named a Google VR Artist in Residence, Teeps's work is developed in virtual reality as a method for actualizing his hyper-stylized characters and worlds of mythic and futuristic proportion. 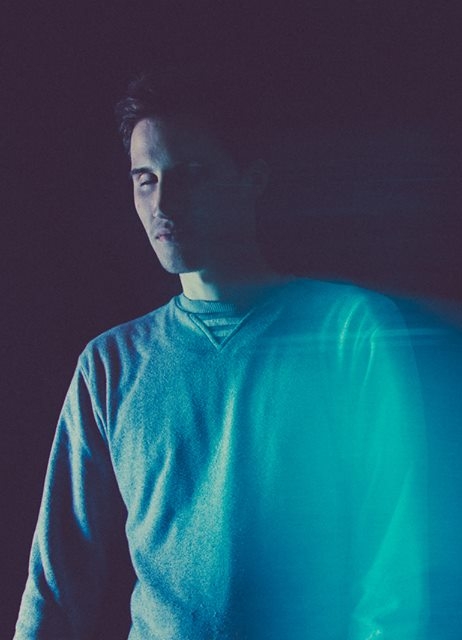 Collaborating with artists like The Weeknd, Future, and Flying Lotus, and promoting VR for feature films like Valerian and Doctor Strange, Teeps is propagating a cultural shift around 3D applications through both practice and pedagogy.

How has moving to freelance changed your design practice and technical capacity?

The biggest thing about going freelance that I think everyone has to learn if they want to keep doing it successfully, is discipline. This applies to not only your schedule and routine, but with your design and business practices as well.

You start to learn quickly that time is the most precious commodity you have. When that becomes clear, you can focus in on the software, tools, workflows, and lifestyle choices that maximize that. The benefit here is that you actually have the time to invest in the things you want to do—so I have since been teaching myself and learning new things almost daily.

"You start to learn quickly that time is the most precious commodity you have. "

Often, I will work on something as a personal exploration to learn new techniques or try new tools in between client projects, and someone will see this—if I actually post it—and ask me to possibly explore something like that for them. This kind of creates a trickle down effect where you can stay fresh and learn new things, and if you stay consistent in some regards, people will eventually seek you out to keep doing that for them. 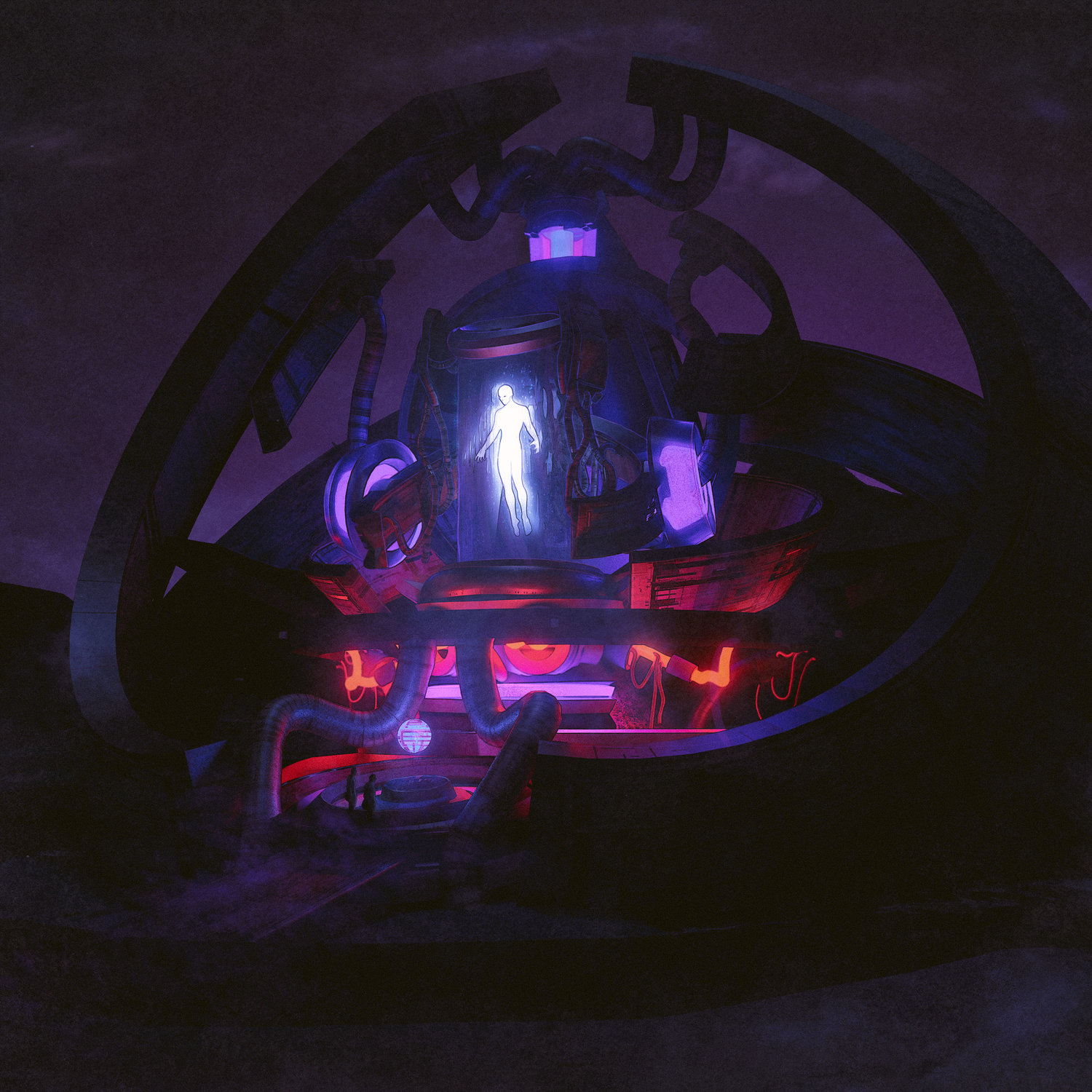 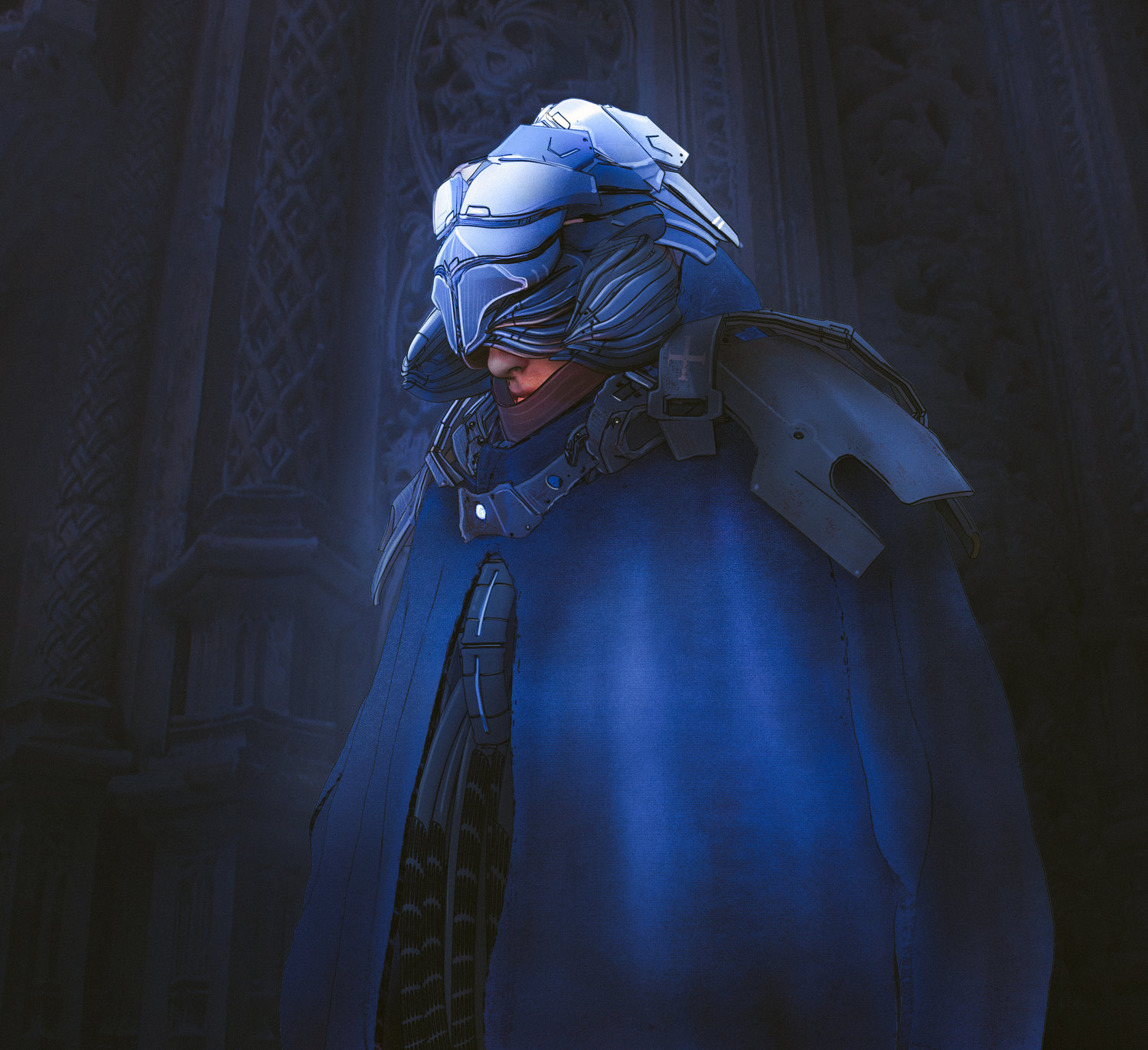 The other side of that coin is that there is no one there to make sure you are paid, to negotiate with clients, or make sure you are covered financially—so having services in place to help with those things is crucial.

"Working exercise and meditation into your schedule...helps you become a better artist."

I also think a heavily overlooked part of becoming a freelancer is personal health. You no longer have a commute and can easily never leave the house some days, so it's easy to lose yourself. I feel like working exercise and meditation into your schedule benefits you ten-fold and overall helps you become a better artist and improve creative output.

A couple books that helped me a lot when I was deciding to quit my full-time job and pursue my art for a living were Manage Your Day-to-Day by 99u, Steven Pressfield's War of Art, and The Dip by Seth Godin. These are not for everyone, but they were very eye opening for me on first read and I have since recommended these to many. 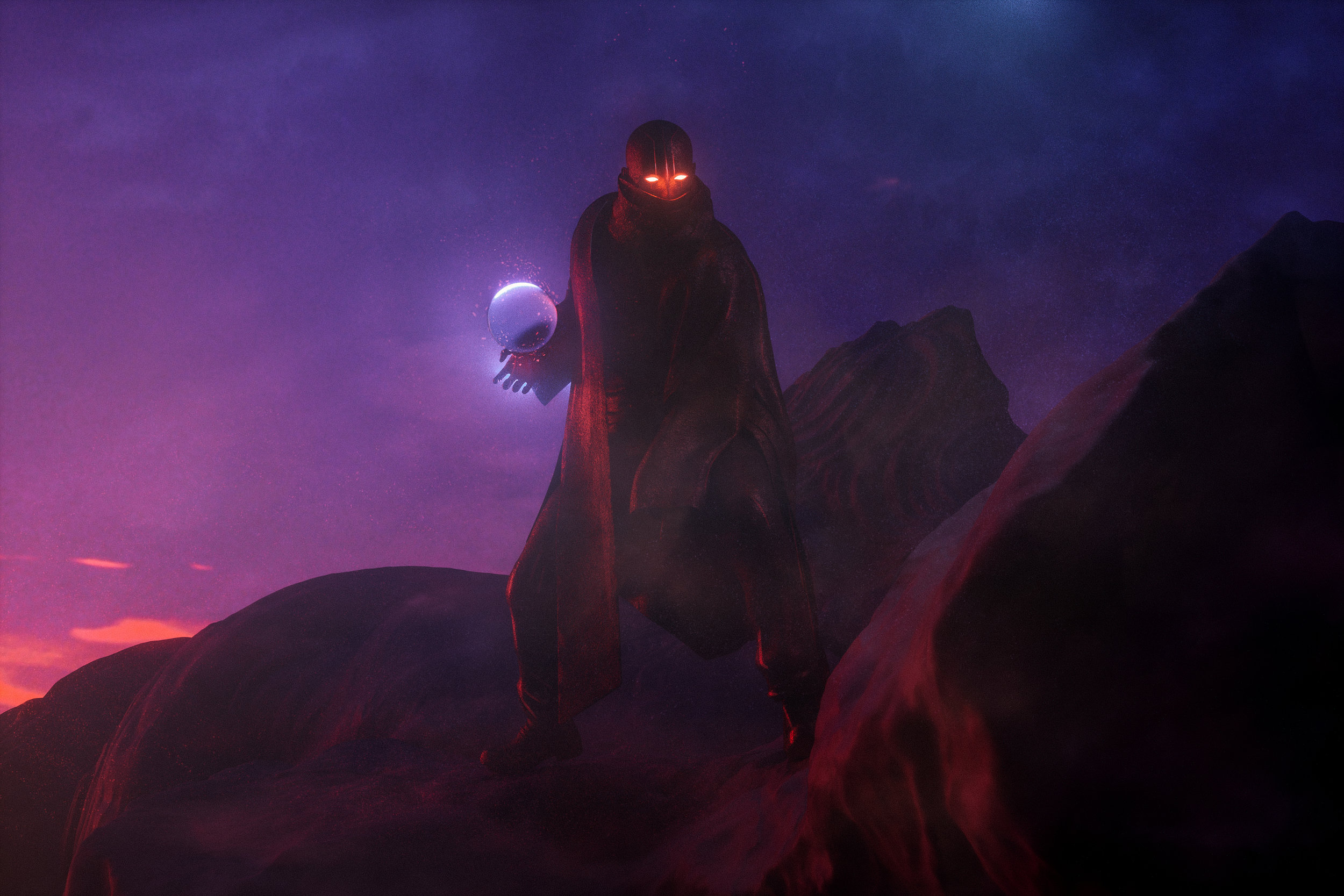 What does a Google VR artist in residence do?

I am a bit new to artist in residence programs, but I could tell this one was somewhat unique. Essentially, Google reached out to me and a number of other artists, designers, dancers, and many other content creators, to get a chance to work with their VR painting tool Tilt Brush and see what we could make with it.

What was so special was that they gave us time and space to create whatever we wanted with their app, but you were down the hall from the developers who made it—so there was this sort of open dialogue going on all the time. You would often get stuck on something, or wish a tool worked in a certain way, and you could go talk to the engineers and after lunch be handed a flash drive with an updated version testing out that feature based on your feedback. 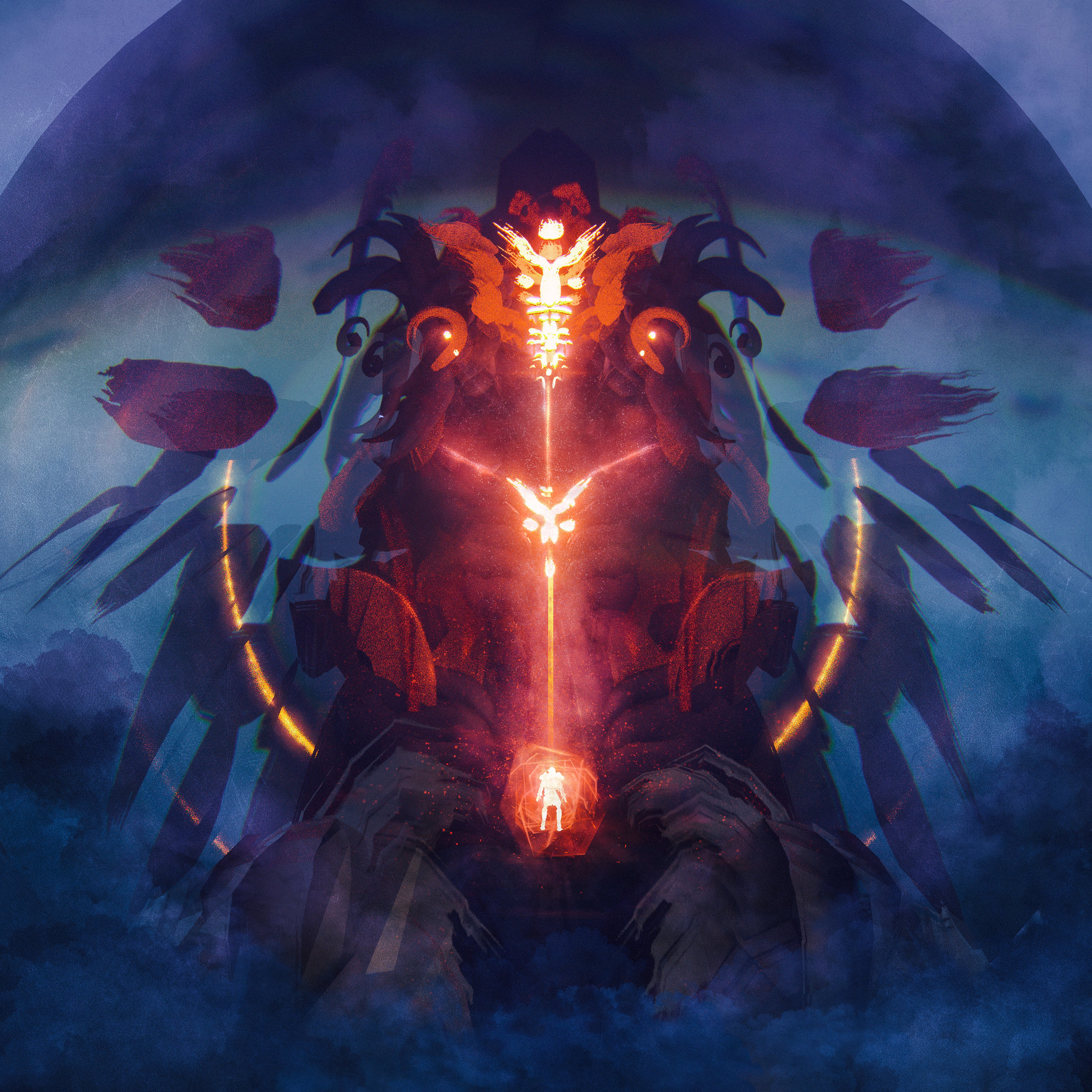 I was there the same week as Sougwen Chung, since we both tend to take stuff from Tilt Brush, export it into Cinema 4D, and mess around with the models elsewhere. So we were testing that workflow out and seeing what kind of problems 3D artists might run into working with these virtual assets.

Since then I have been brought in to test and give feedback on new updates or features to the app, or will regularly help with promotions, performances, presentations, and freelance gigs through the artist in residence program.

Fun fact, when I was approached about the residency it is what prompted me to quit my day job and dive into this full time. It has been a pretty wild ride ever since, having worked on VR promotions for films like Doctor Strange, Valerian, and given presentations on using VR tools in a professional workflow to Google VR teams, SIGGRAPH, and many more. 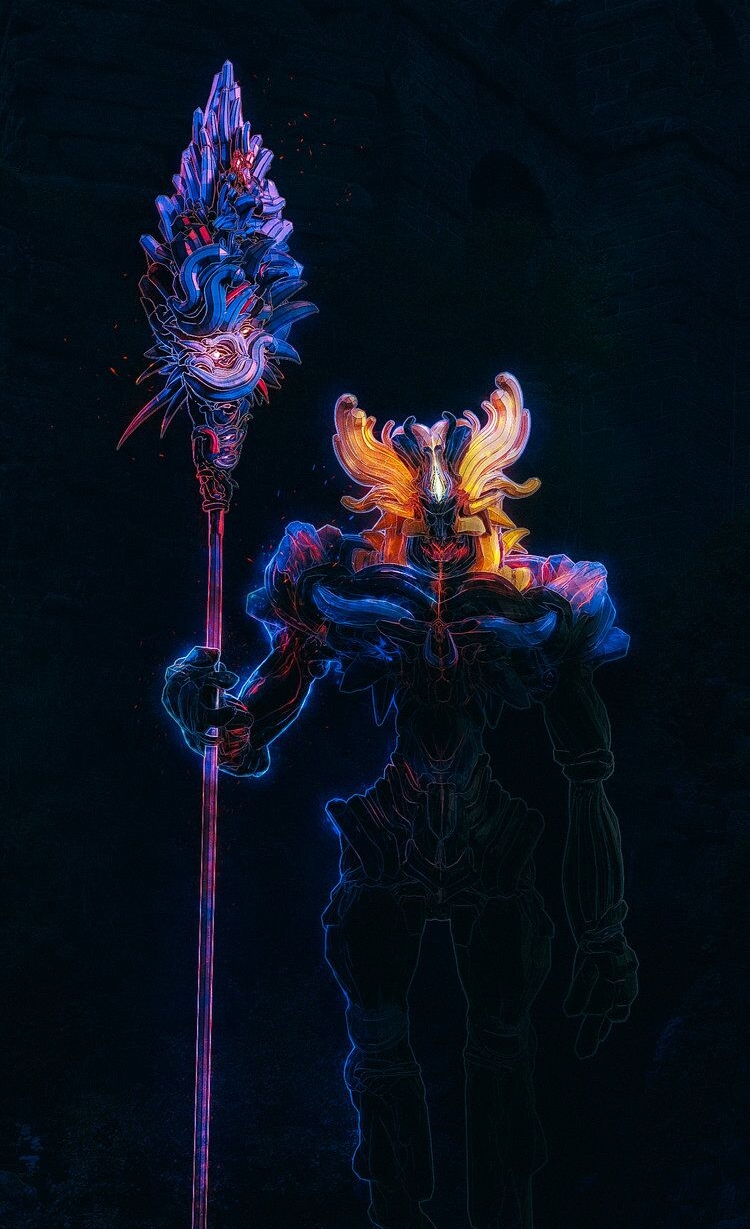 "I am a big fan of the idea of the multiverse, or simultaneous worlds existing parallel to our own, and creating work that is deeply rooted in the surreal and psychedelic."

Your work recalls very Neo-Tokyo influences. How do you arrive at your subject matter?

I would say we are all mostly just a sum of our tastes, influences, and upbringings, when it comes to art. It means a lot to hear Neo-Tokyo was something that resonated for you with my work. It most definitely has to do with reading and watching things like Akira, Ghost in the Shell, Robot Carnival, and many other Japanese masterpieces at such a young age.

I always was inspired by what that part of the world was creating, as well as western comics, movies, and video games, which were heavy parts of my childhood and adult life.

I have always been interested in visions of the future, and while I lean more towards optimism, the sort of cyber-punk-dystopian styling has always been inspiring to me. Things like Blade Runner, Buckaroo Banzai, Hitchhikers Guide to the Galaxy, Star Wars, Dune, and many more, still to this day influence my art—even if it's at a subconscious level. 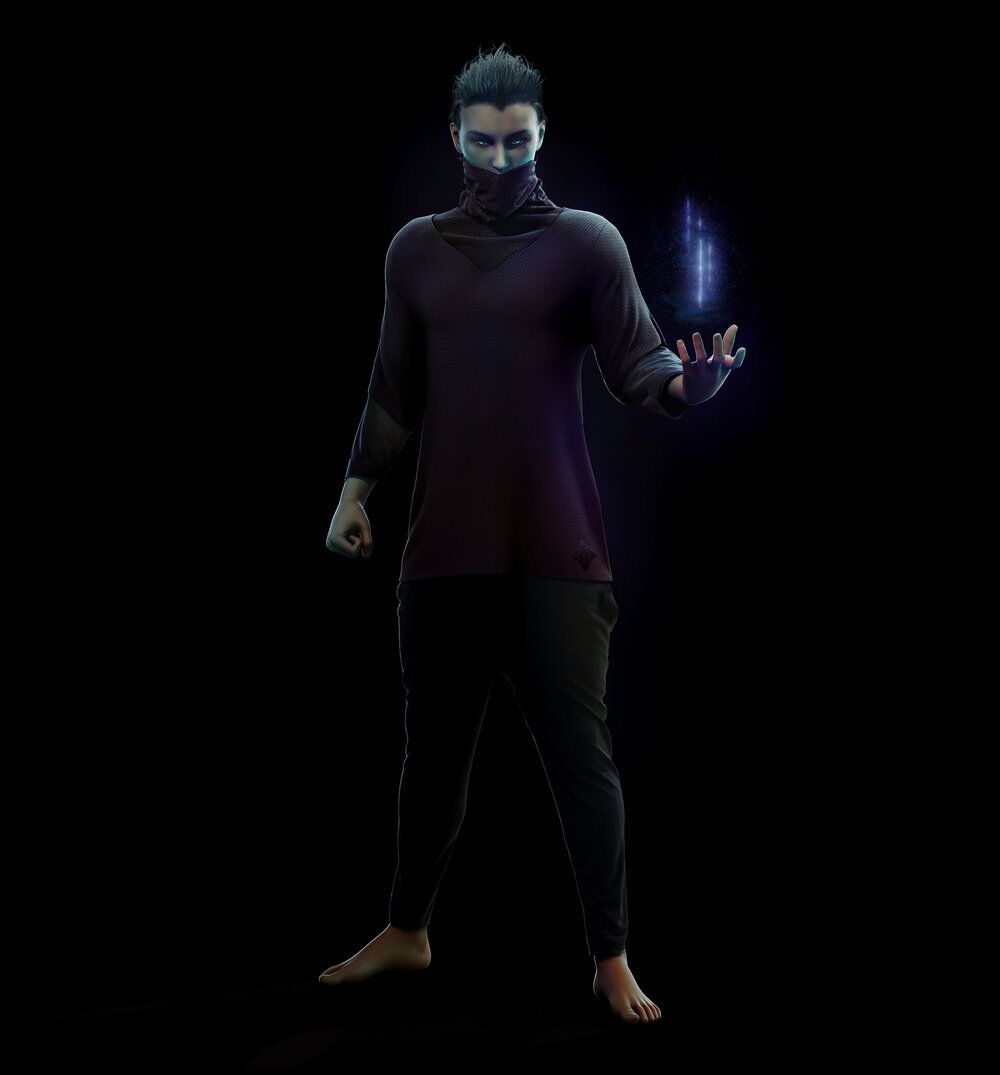 "I've always been interested in visions of the future."

Mix in the fact that I attended a college that leaned heavily on incorporating technology with the avant garde and experimental side of things, I have since developed a bit of style that is a culmination of all of that.

Because of this diverse mix I tend to walk this line between hyper-stylized visions of the future, mythical ancient fantasy worlds, and characters that could sort of drift between those two—if that makes sense.

I am a big fan of the idea of the multiverse, or simultaneous worlds existing parallel to our own, and creating work that is deeply rooted in the surreal and psychedelic.

If I were to look to modern influences, I am mostly inspired by illustrators, so there are the obvious choices like Moebius, Katsuhiro Otomo, Mike Mignola, Syd Mead etc. But more recently, I have been really excited about people like Killian Eng, Peter Mohrbacher, Nivanh Chanthara, Brian Sum, Jan Buragay, and Ian Mcque. All of these artists have such a unique and amazing vision of worlds I could only hope to think up one day and you can tell their influences run deep. 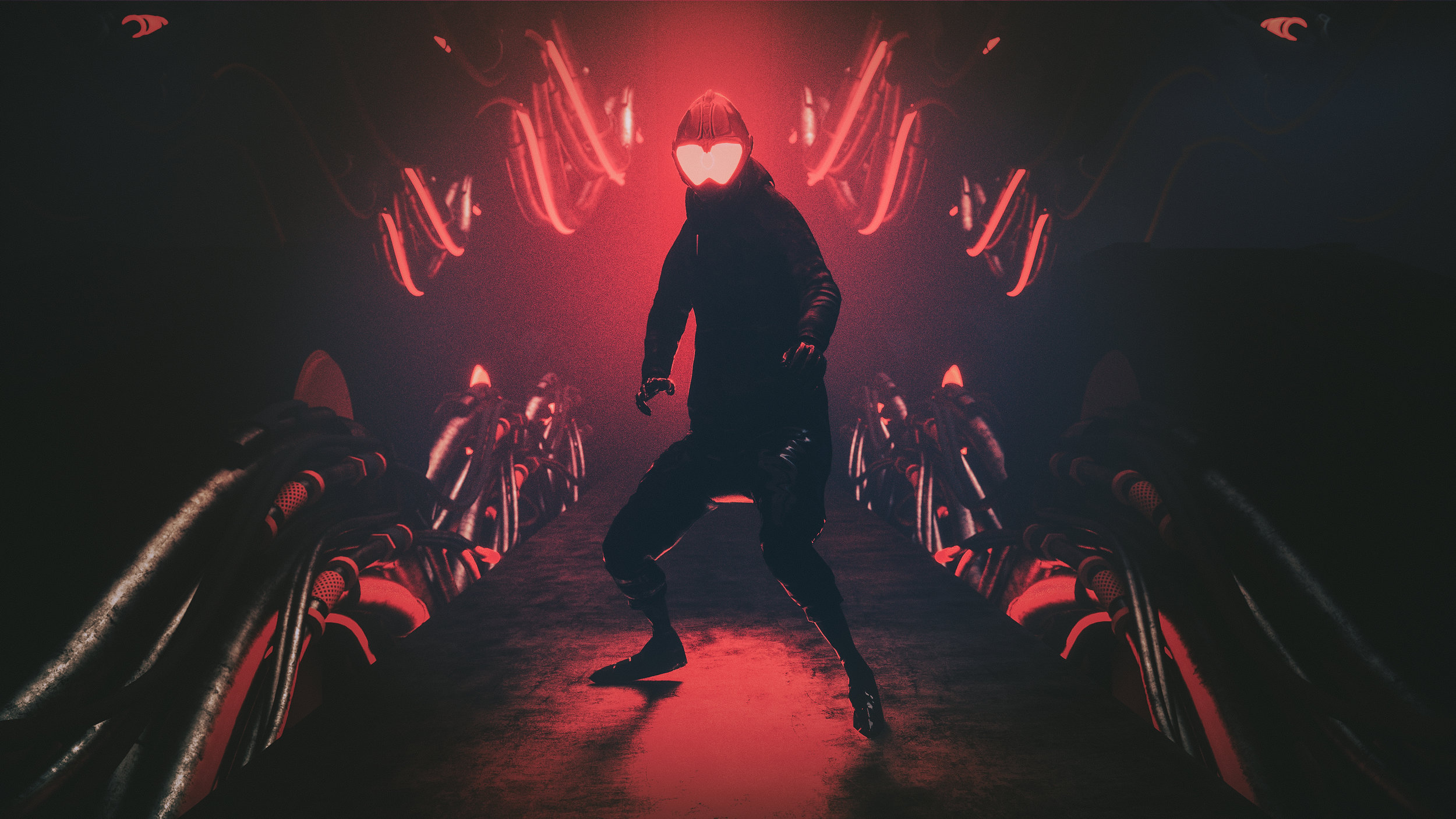 What was the design process like for your Cineversity course?

This actually came about almost by mistake, and I owe a lot to the awesome people at MAXON for helping facilitate the course and pushing me to bring it to life. Basically, I had been experimenting a lot with designing characters and worlds, but was having a real problem getting these to move and animate in some way—just due to how technical and over my head the process of properly rigging and animating a character really is.

So I was starting to play with tools like Mixamo and uploading my own models I made to this site. When I finally uploaded an alien character I had been working on for a bit, and I was able to watch it walk around and be animated, it sort of flipped me upside down.

I was interested in taking multiple subtle animations and blending them on the same character to convince people I actually knew what I was doing with character animation. While this was going on I had the opportunity to present at last year's C4D Roadshow in San Francisco at Adobe HQ, and sort of gave a dry run of this workflow I was playing with. 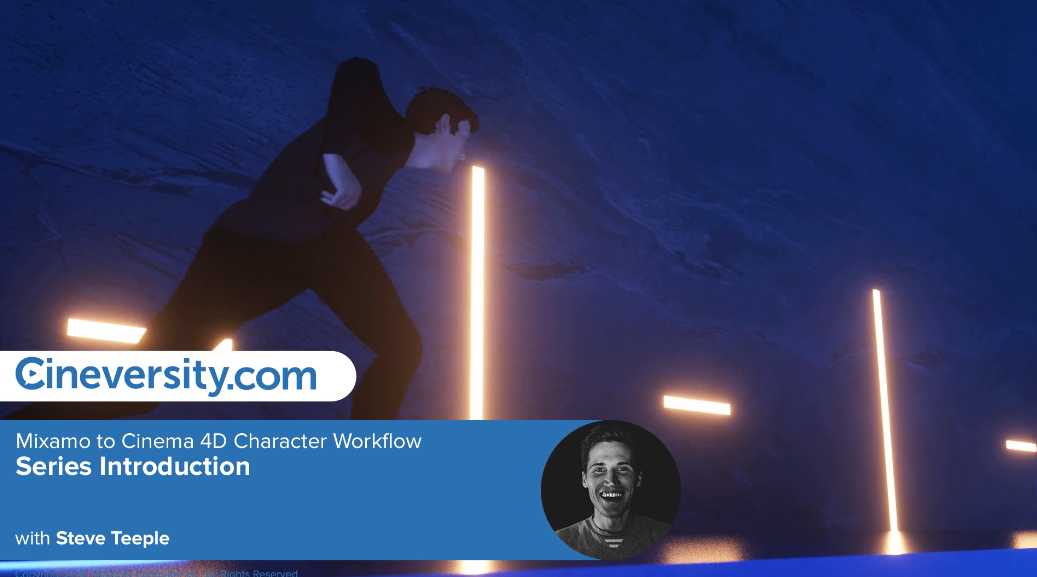 I was utilizing a part of Cinema 4D that even employees of the company were not really aware you could do such things with, and when I got pretty overwhelming positive response from demoing that process, I decided to go further with it. Maxon happened to reach out shortly after and I pitched this concept and it ended up becoming a full 7-part series on Cineversity.

"I was utilizing a part of Cinema 4D that even employees of the company were not really aware you could do such things with."

It was my first time ever doing any kind of official tutorial series so I learned a lot and tried to make it as concise and informative as I could. I have watched so many tutorials in my time and I always appreciated the ones that gave you specific technical processes to follow, but also mostly laid out the framework to something much bigger you can build off of—that's what I was trying to do with this series.

If you are curious about the process a bit, the second part of my SIGGRAPH presentation goes over a few tricks from the course and shows some of the potential fun you can have with it. Overall it was very rewarding to have so many people message me nice things to say about the course and show me work they created with it. It has inspired me to make more tutorials and resources available when I can as a small way to give back to the communities that have taught me so much.