For the love of letters, and then some with Khyati Trehan 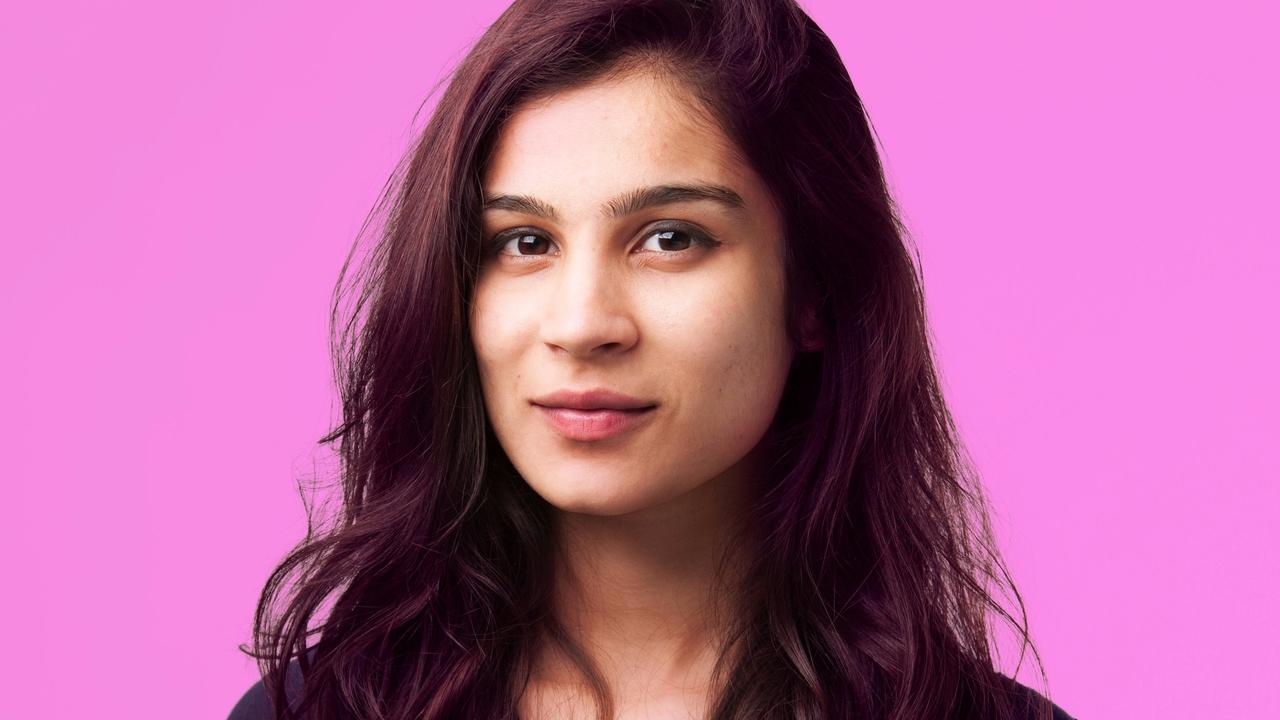 There is something implicitly refined and aesthetically atemporal in designer Khyati Trehan's work.

Stylistically ambiguous, distinctly contemporary yet entirely referential, experiencing Khyati's work is not unlike standing before the entire pedagogy of design.

This is a level of technical finesse and design knowledge Khyati has garnered from years of practiced "tracing". In tandem with her early introduction to self-guided learning, Khyati has established a seemingly infinite array of design tools which—given her penchant for motion—have appropriately propelled her into an ever versatile, ever expanding, creative methodology that continues to define her practice to this day.

As an artist working across many different disciplines, Khyati's hyper design mind often has her jumping from branding projects, to illustrated typography, to publication design, C4D renders, and motion graphics. It may sound like a lot, but Khyati likes it that way. Following her Graphic Design Studies at the National Institute of Design in Ahmedabad, founded by Charles and Ray Eames, and which culminated in Khyati completing her thesis as an intern with Think Tank Team in San Jose, CA, she has been on an indelible upswing, working with Codesign (Gurgaon, India), the Indian Type Foundry (Ahmedabad, India), and Struckby (New Delhi, India), among others.

In a medium that is increasingly online, infinitely evolving, and without precedent, Khyati is an artist boldly navigating new frontiers. To hear more about how her impressive design "tool kit", reverence for hand drawn letter forms, and adoption of a 4D workspace facilitates her innovative practice, read on.

Primitive: where did your obsession with typography start?

KHYATI: When I was a student at NID (National Institute of Design), I decided that instead of just responding to the assignments, I would look to seniors I liked and figuratively trace what made them as good as they are, where they went to intern and what kind of projects they did. Type design in some form or the other was one common aspect amongst all of them. Most of them had interned at the Indian Type Foundry, or they'd at least been interested in it and so I tried to get in touch with the founder, Satya. 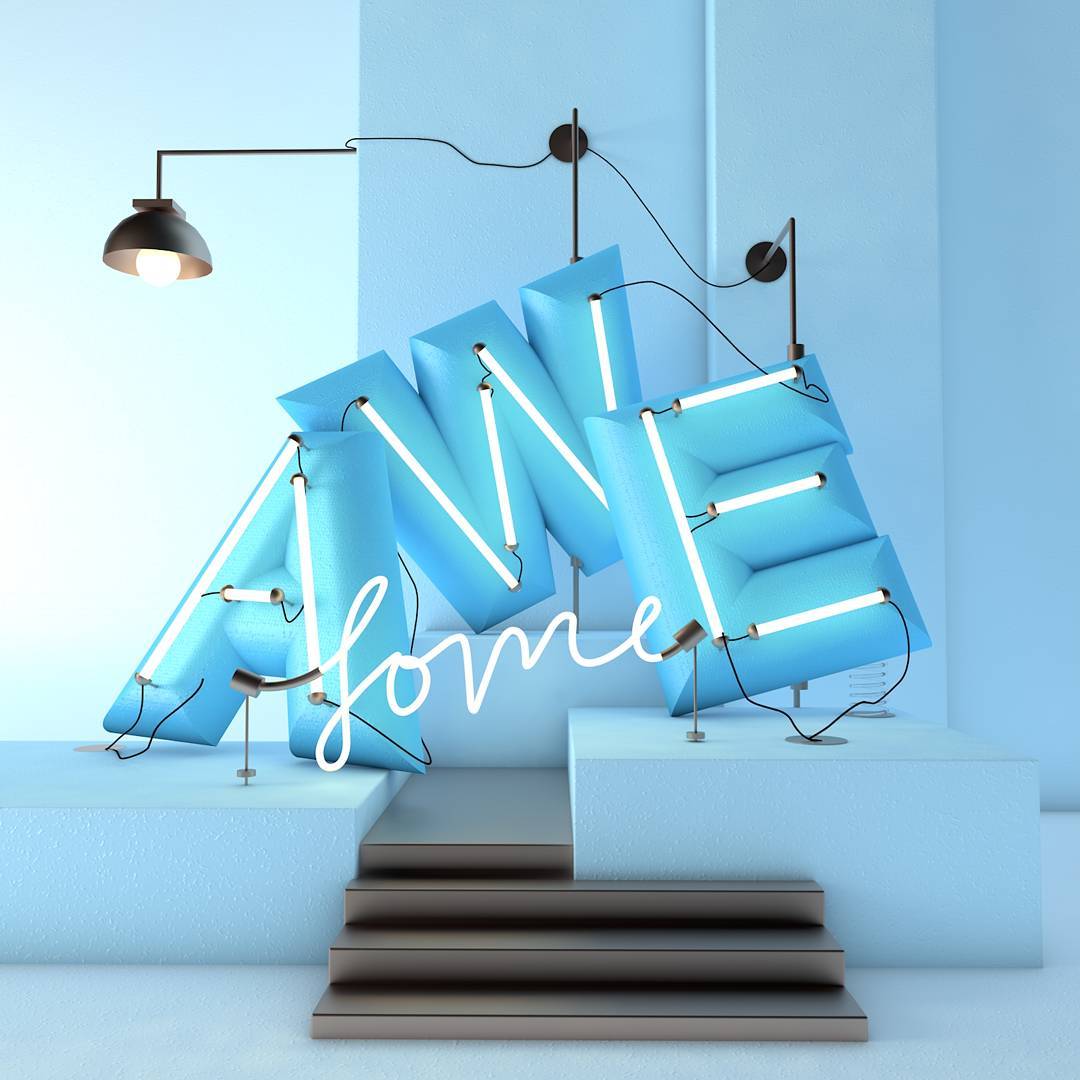 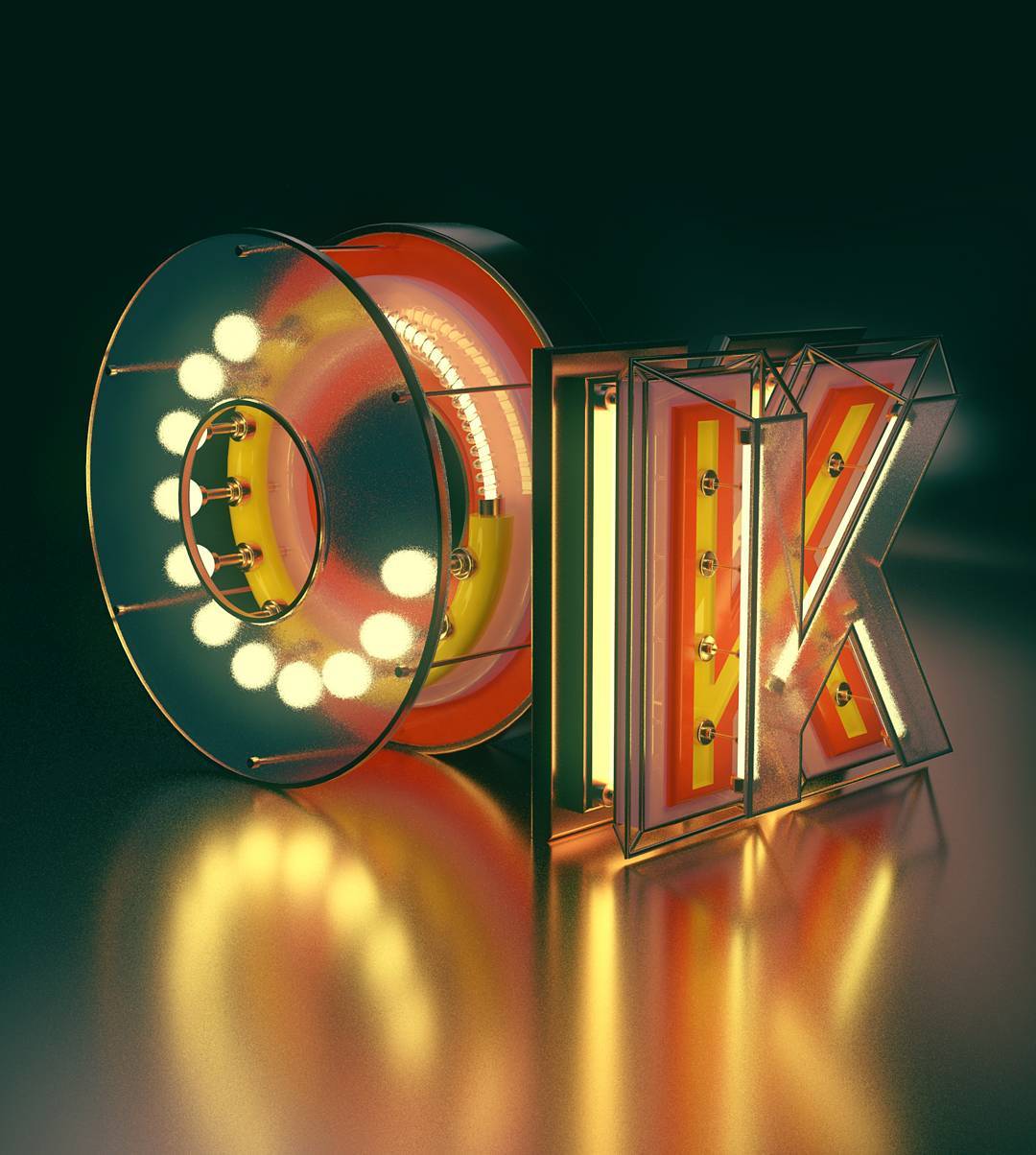 There's nothing [ITF founder] Satya told me that was instructional. He wouldn't tell me what I was doing wrong or right. He would mark test prints of drawings. Initially, I thought that was a peculiar way to be learning, but what really was happening was that my eyes were getting trained without me realizing. Just how when you keep sketching, your hands develop memory? Similarly, my eyes started seeing things I hadn't seen before.

I fell in love with drawing letters. I continue to do that in some form or the other, but I get bored easily. So I try to keep merging it with other parts of graphic design: I would do a branding project, a packaging project, and then maybe an animation. I just keep changing the form the letters take. 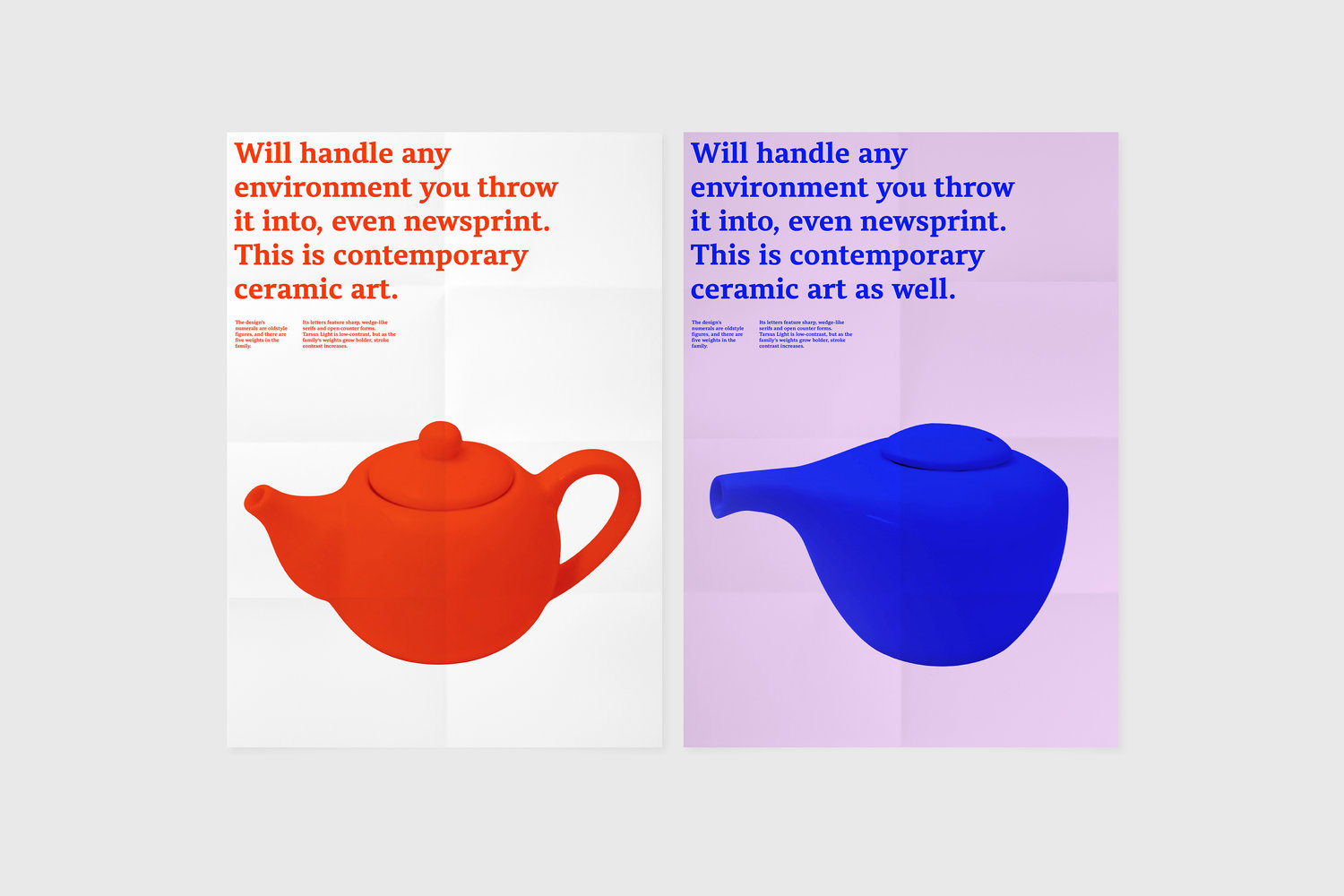 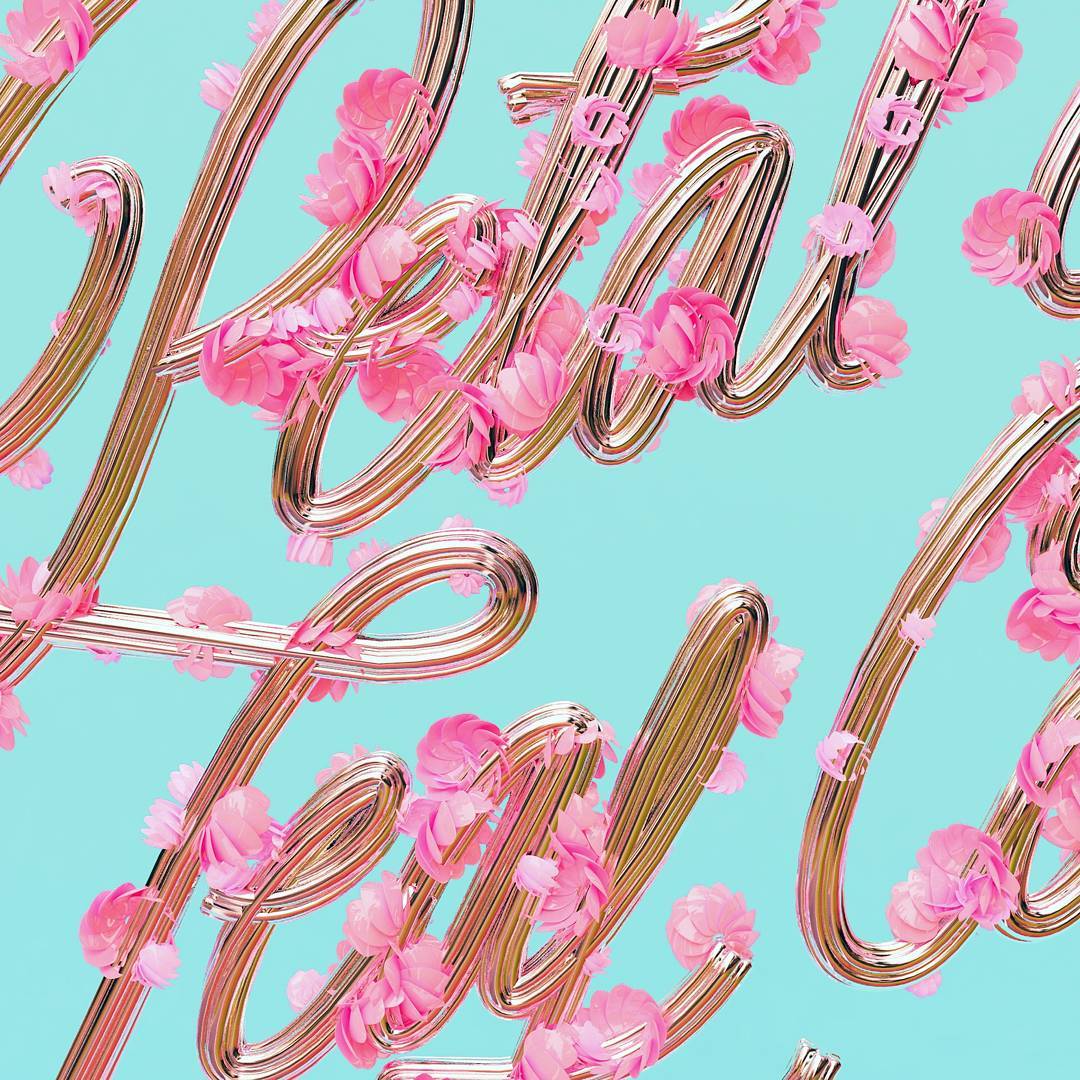 Is that how you got into typography in 3d? Was that an evolution of the form?

I got into 3D because I had a lot of time on my hands. Sanchit Sawaria, who was also one of the seniors I looked up to and followed, was the first person I knew who worked with Cinema 4D. I had no idea it existed before that.

I did a project called 36 Days of Type. It was around the same time that I left a branding agency, so I was pretty comfortable with making mockups. So to stretch my Photoshop skills a bit further, I decided to do a photo manipulation project. I thought, it would be so much easier if, instead of searching for objects to photograph or looking for images online, I could just recreate them from scratch, which led me to consider learning 3D.

I had left that job and was like, "I'm likely to get started with another job soon and won't have time to do sh*t." So it was the perfect two or three months to get started. 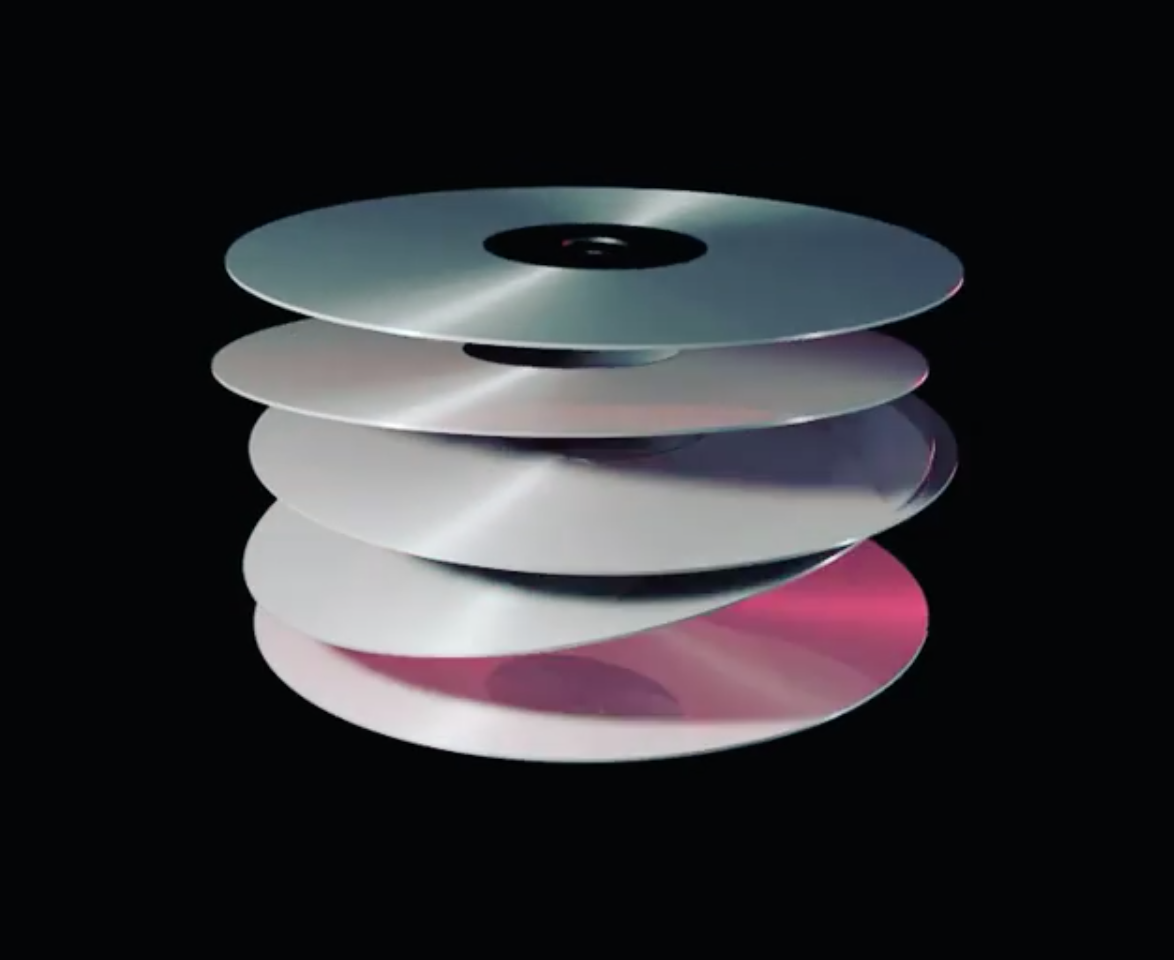 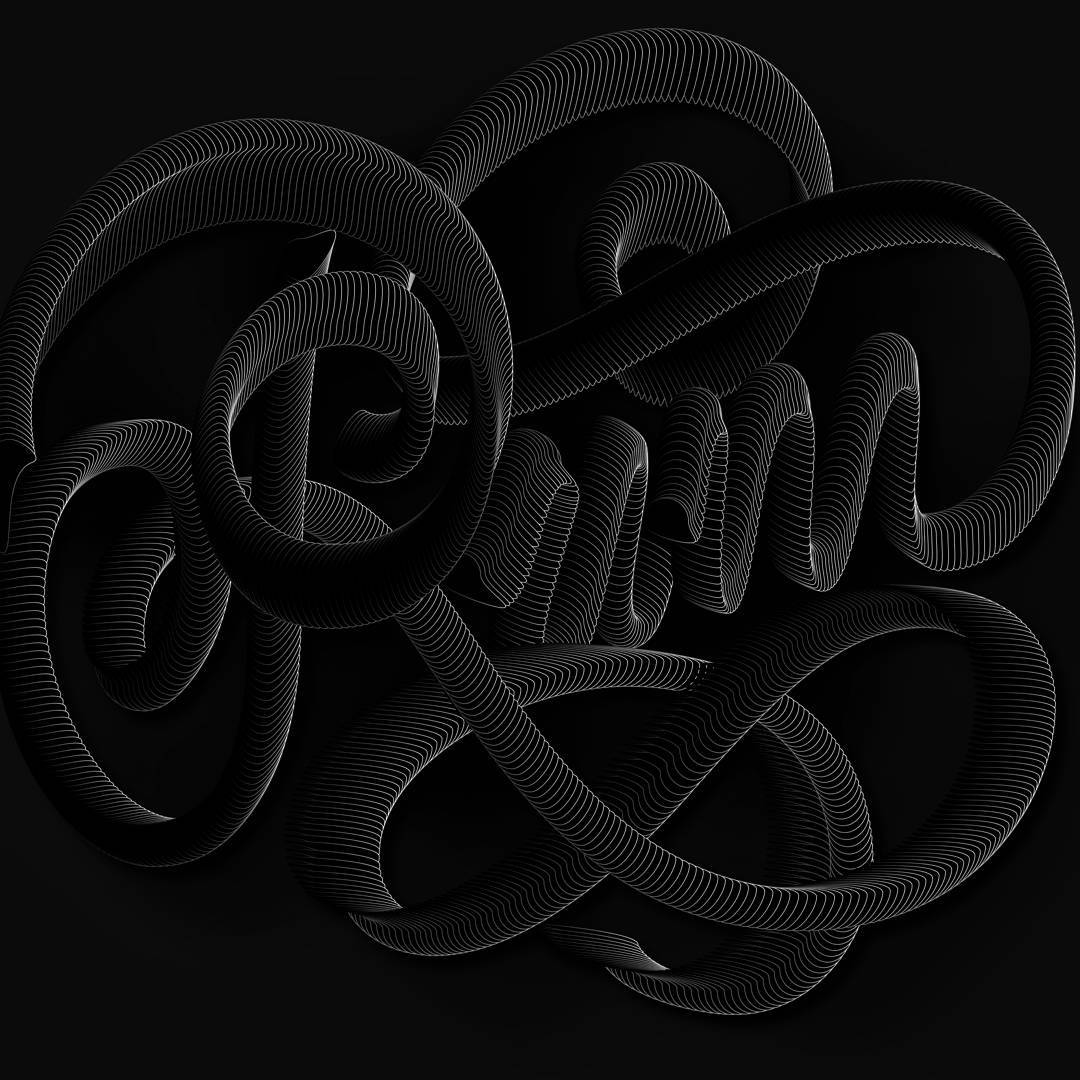 You're based in India but draw from the latin alphabet. What is the relationship between language and design in India?

Okay, to start with the languages in India. The last I checked there are more than 20 major languages in India, written in 13 different scripts, with over 700 dialects. A lot of people don't realize how widely spoken English is as a language in India, because of our history involving the British. Even the rickshaw guys may manage to converse in English a bit. It's very likely that say, I may not be able to communicate with someone from Kerala, where Malayalam is the primary language.

Honestly, I stick to Latin because it's much easier. The letterforms in the Devanagari script are really complex. I also feel more comfortable with English. I hate to say this, but I'm more comfortable reading text in English, versus text in Hindi. 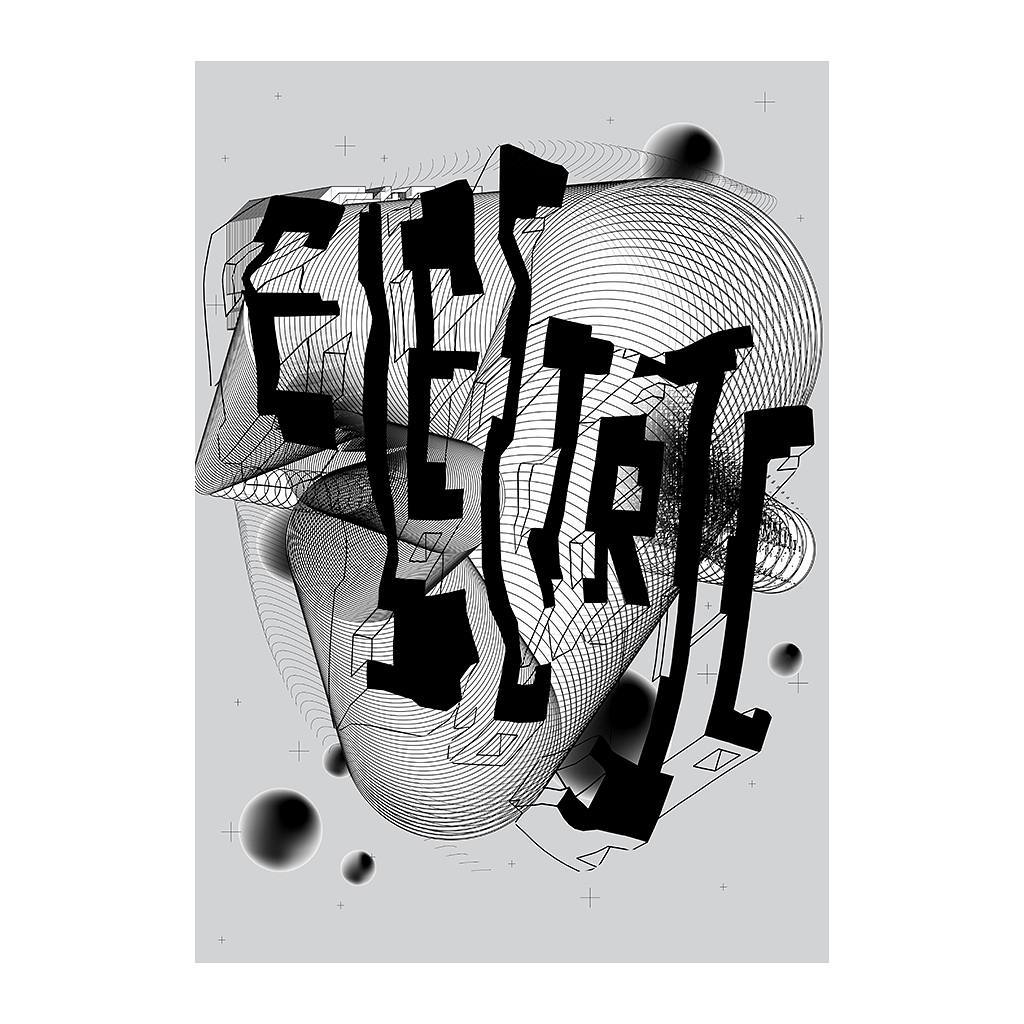 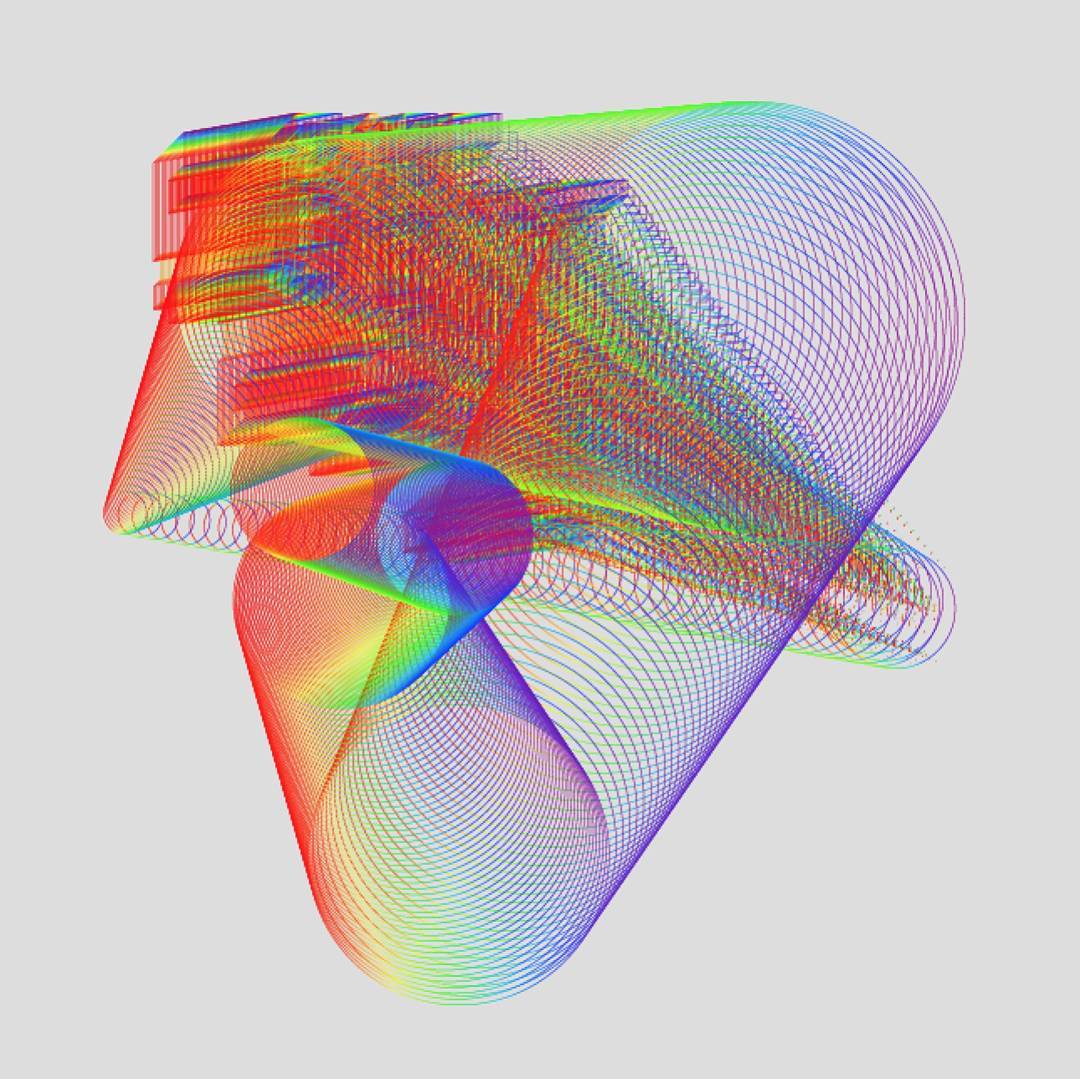 What's the state of design in India?

It's a little strange because if I talk to my family or friends of family, and say I'm a designer, they assume I belong to the fashion industry.

The design community in India is a bit of a bubble but there are definitely lots of design schools coming up. NID was one of the first. It was set up based on the Indian design report by the American [furniture] designers, Charles and Ray Eames.

Companies in India are slowly recognizing design intervention as an important aspect in their business. 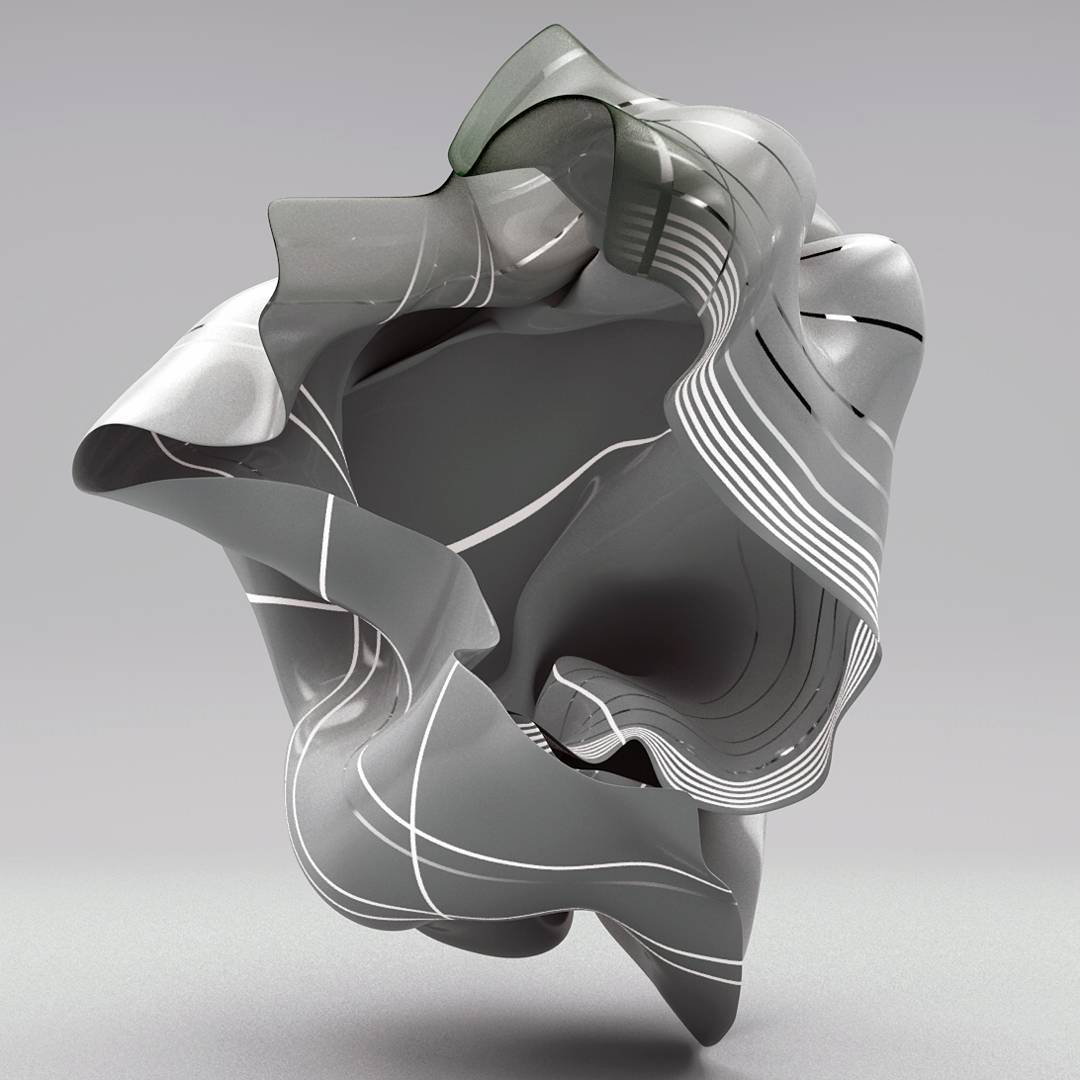 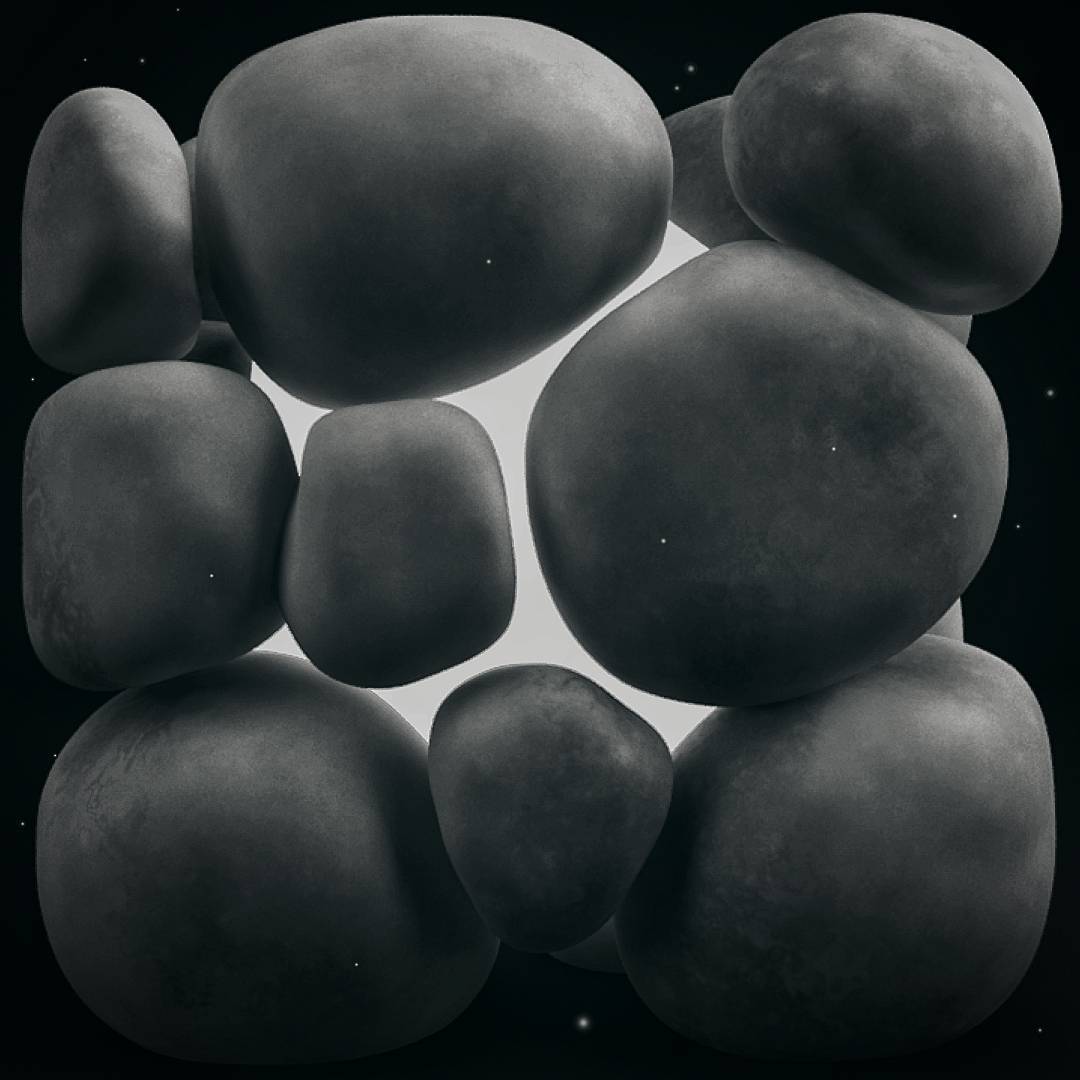 How does Cinema 4D fit into your design workflow?

When I'm doing stuff for myself, there's no particular workflow. I could even sit in front of the television and keep playing around because my approach with 3D has always been exploration. I may watch a tutorial, try to replicate it, then take it up a notch by mixing it with something I learned earlier or clicking a couple of extra buttons.

When I've got a project, I develop concepts depending on the brief. I always include references in client presentations as 3D is a pretty new medium and it's difficult for [clients] to visualize. So I show them a couple of references just so that they understand the vibe or that it might be pleasant or metallic or cinematic.

I'm very comfortable with drawing beziers so I prefer Illustrator to draw the curves. And yeah, if there's type involved in an illustration, I always go to Illustrator first and then merge it with Cinema 4D. I don't think I've ever been straight to Cinema 4D if there is type involved, unless it's simple or organic forms like branches and bubbles. 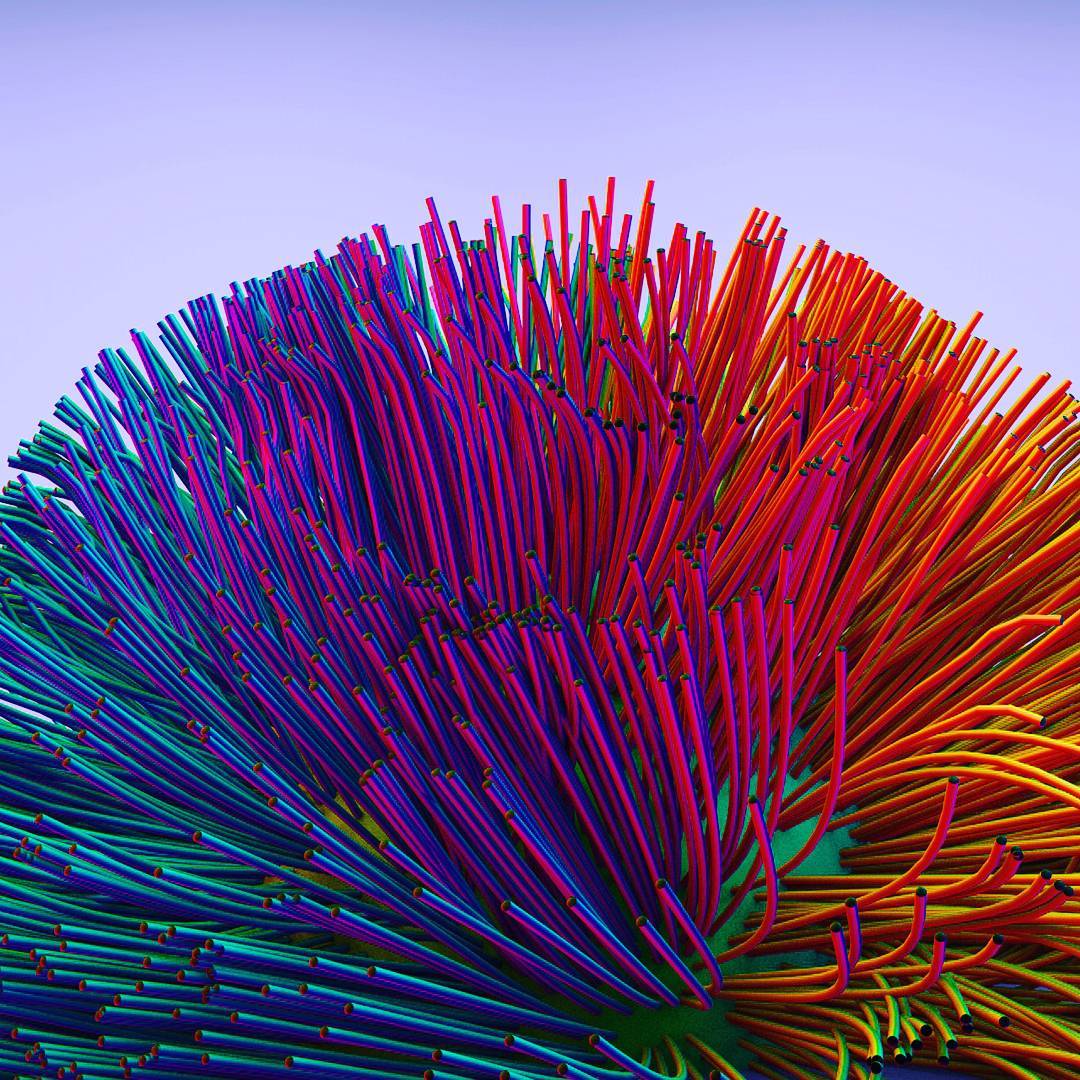 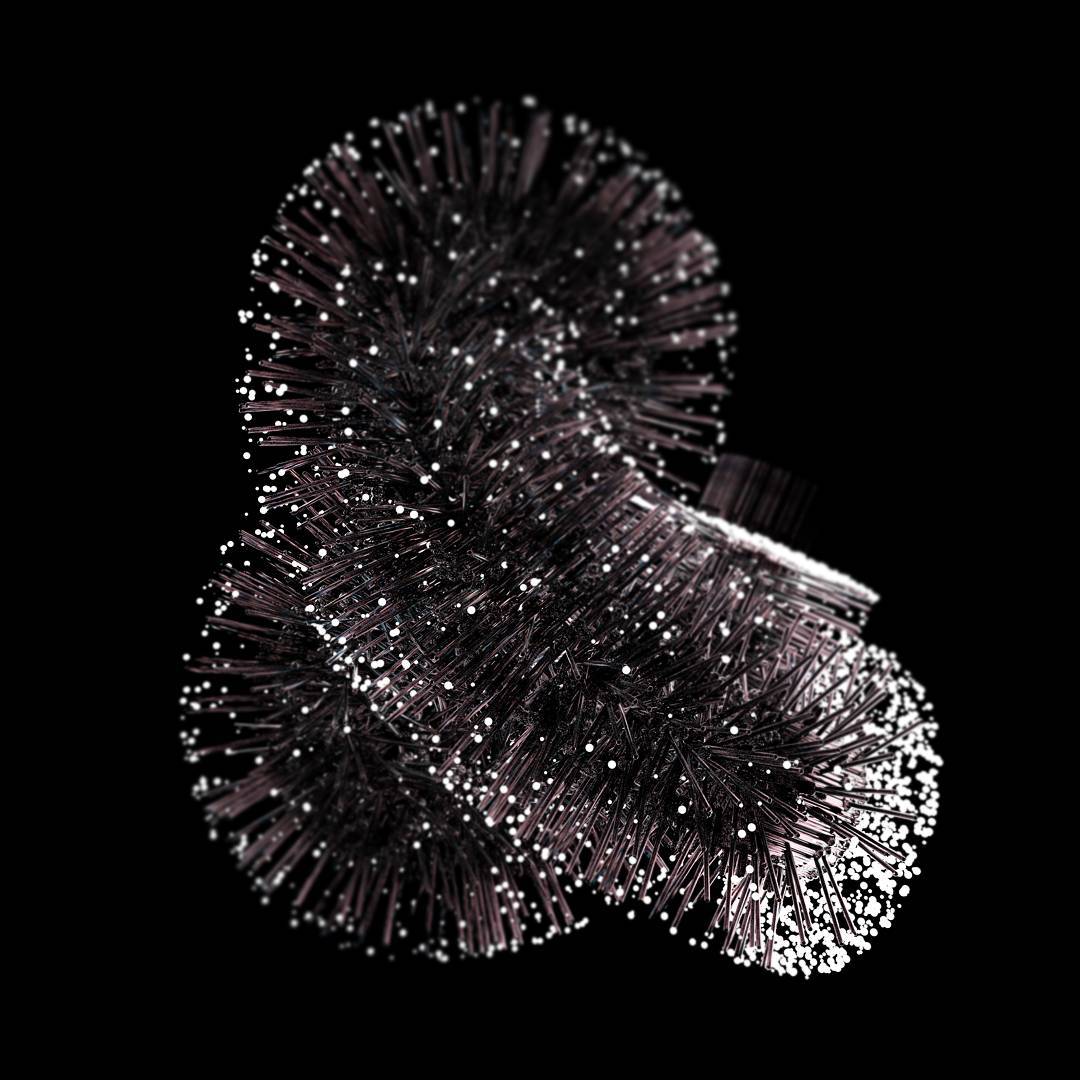 Your work has appeared in publications like Wired. How do you end up working with big overseas clients?

Actually, I don't do anything specific to promote. I've just put up shi*t on Behance and luck can take it anywhere. The world of visual design in terms of its reach, is on the Internet right now and there are no territories on the Internet. Although I was working in the U.S. for a bit in the Bay Area. 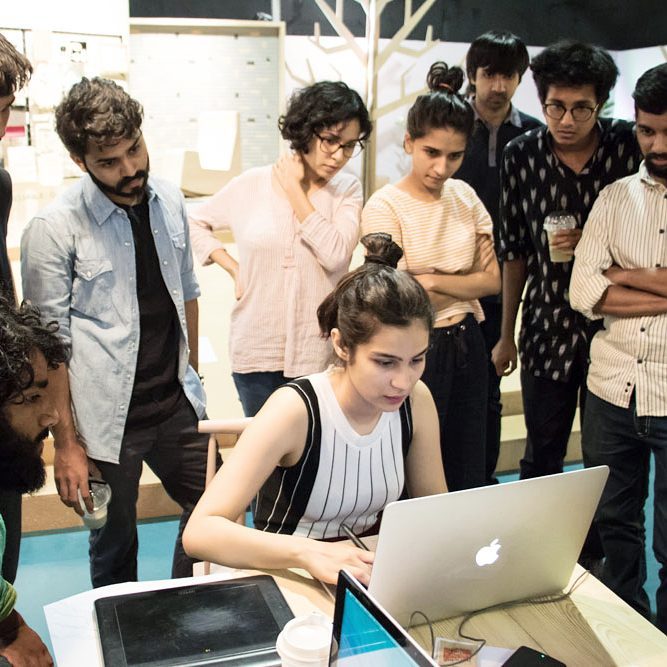 Right. Think Tank in San Jose. Didn't you study the founder in school?

In the 11th grade we had this one big board at the back. Every year the class would start with an empty board. Our theme for the board was around Pranav Mistry's TED Talk. It was a pleasant coincidence that I ended up working with him years later. 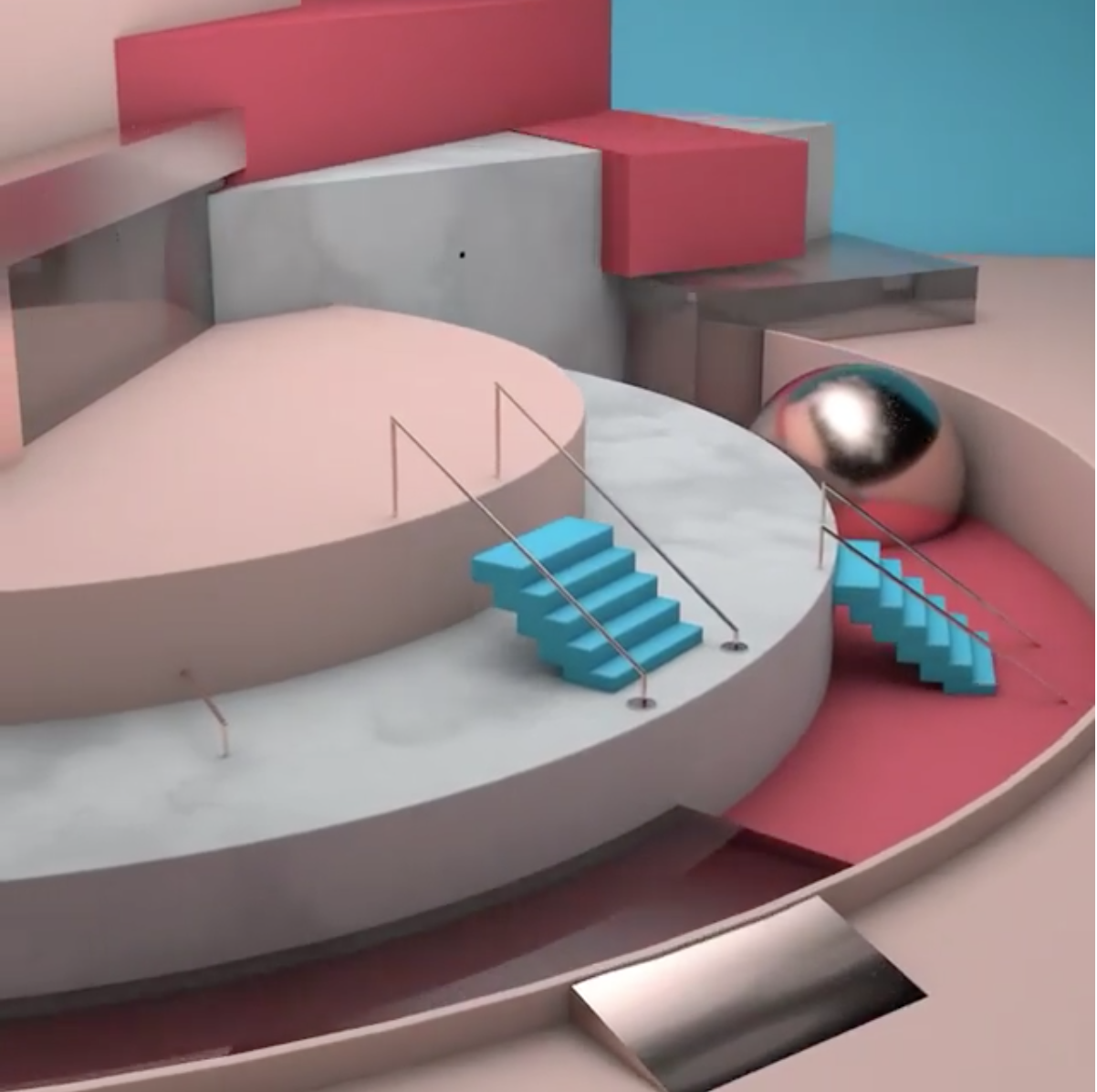 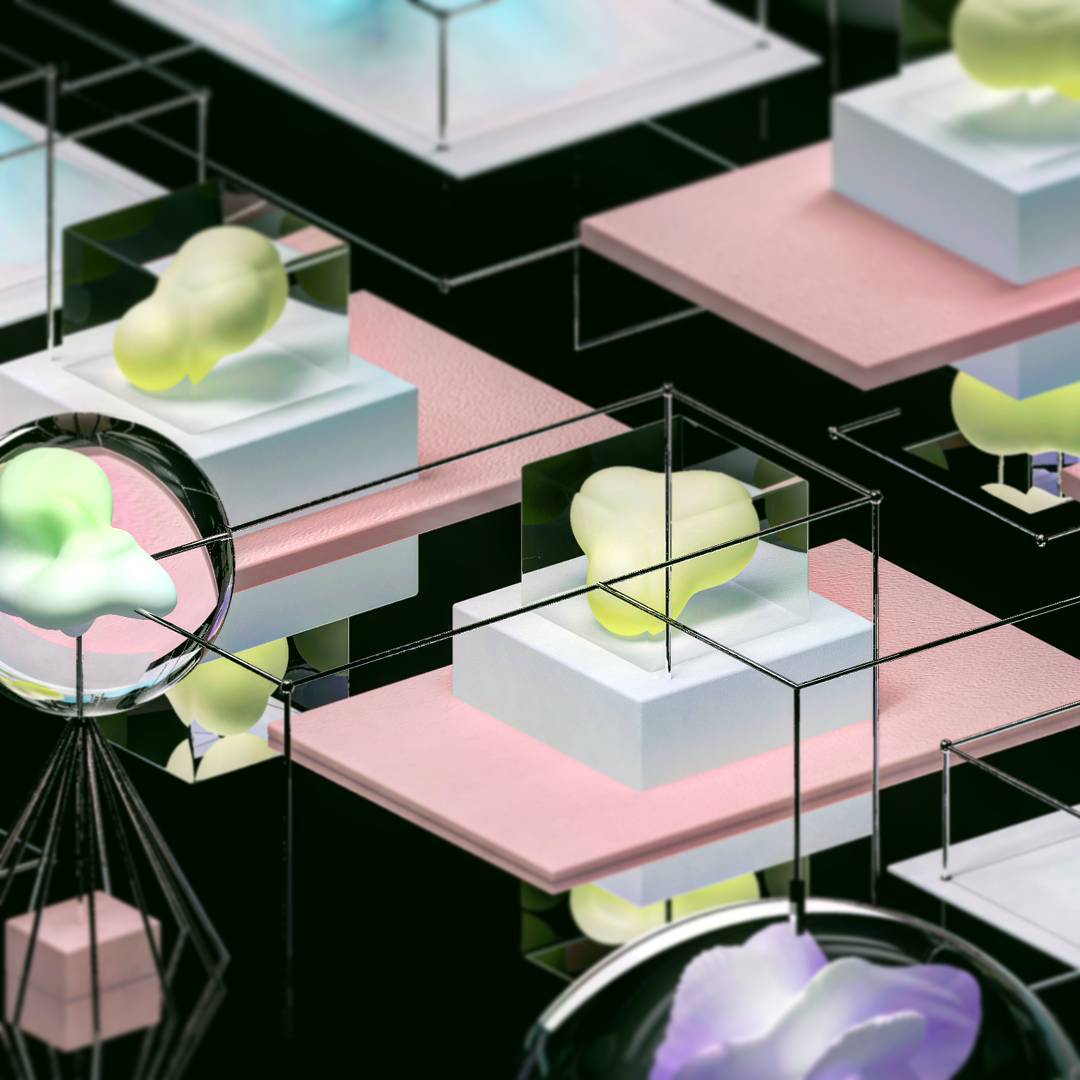 Yeah! Did you tell him?

I did! He was really flattered obviously!

What was the think tank team like? It's a design incubator, right?

Yeah. The team proposes and prototypes possible future products for Samsung and consists of researchers, physicists, engineers, interaction designers, and product designers. One of their popular projects was the Samsung Gear Smart Watch.

Everyone is always on multiple projects at the same time. The process involved discussions with Pranav and other team leads, conceptualizing, prototyping and eventually communicating the product idea with the headquarters in Korea. And then ideating some more.

It was quite unstructured and organic for me. You have the liberty to initiate a project with an interdisciplinary team at your disposal. There are engineers sitting right next to you. I actually started learning motion because Link Huang, an amazing motion designer, was sitting next to me. So it's quite easy to learn from everybody around you and what they do.

It was a really exciting place to be. You decide goals for yourself, which is something I struggled with. But I guess I got used to it. 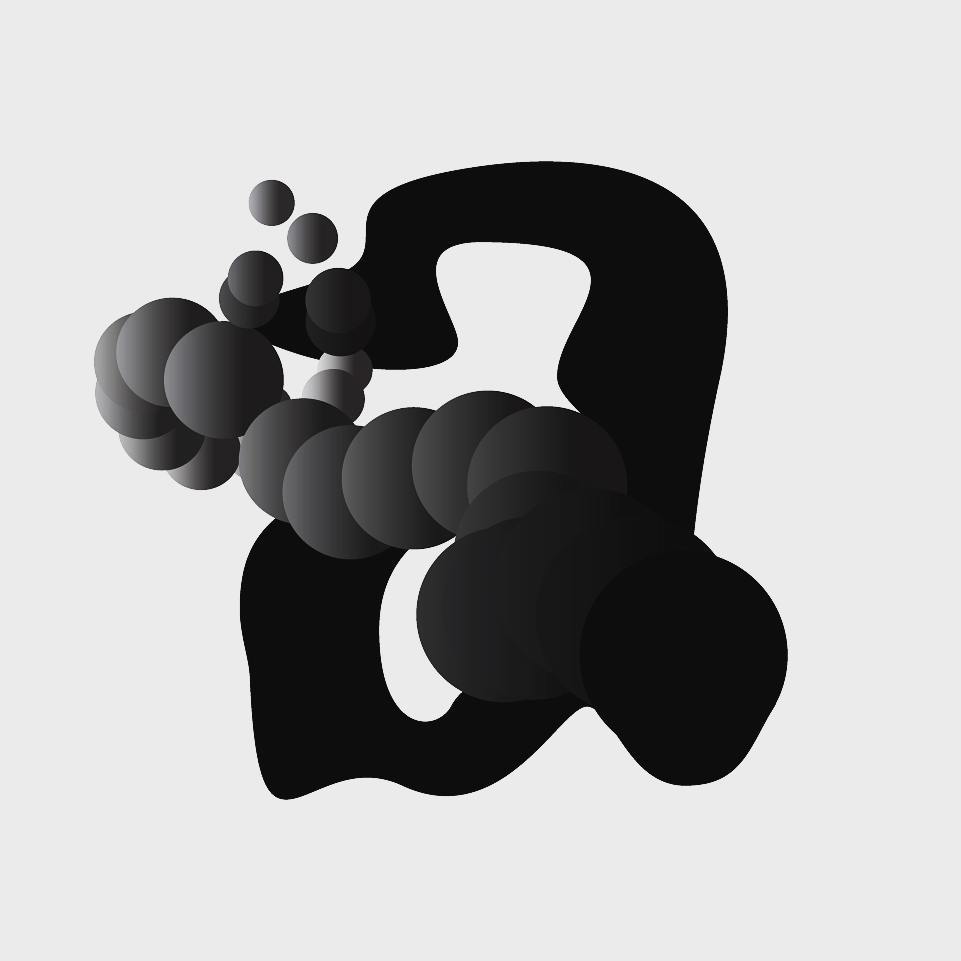 You had experiences with freeform education early in life. Did that make you more adaptable to that kind of work environment?

Are you talking about the school I went to earlier? You know everything already!

It definitely made me more self-motivated. It's easier for me to learn myself and be a little more resourceful instead of being spoon-fed or having to sign up for a class to be taught. When I went to NID I enjoyed a little more structure. So it's a mix of both, I can't say which I prefer, but it definitely made it easier to start teaching myself.